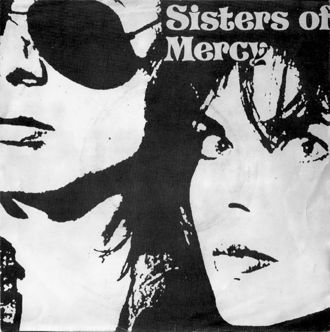 A 7" vinyl bootleg from the 1980s. Because of the wrongly spelled song titles on the cover and the labels,


this bootleg is also known as Mariann - Knocking On Heaven's Door, and due to the lack of an obvious title


and the word "Staple" on the labels it is sometimes called Staple as well.

Mariann - Knocking On Heaven's Door - Vinyl Side One

which, btw, shows the same photos, same line-up and same spelling mistakes on its back cover.
(Maybe one reason why the present 7" is also referred to as "Opus Dei Single".

and some information about the label and the production in black print
without any mention of the band. 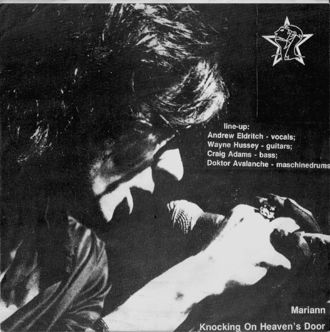 (although, the latter was not in the band when the tracks were recorded) and
has the band name "Sisters of Mercy" printed in the top right corner.


or popsike/sisters of mercy mariann.