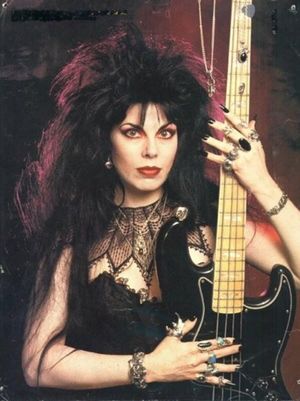 American bass-player Patricia Morrison was one of the two founding members of the L.A. punk band The Bags (1976). In 1980, she left and joined Legal Weapon from where she then moved on to The Gun Club (1982). During their Spring Tour of the UK in 1983, The Sisters of Mercy shared the stage several times with The Gun Club for around a fortnight in April 1983. Andrew Eldritch and Patricia Morrison found to go on well with each other and decided to stay in contact with the idea of some possible future cooperation.


While Morrison left The Gun Club in 1984, moved to London and, in 1985, together with other former Gun Club members founded the band Fur Bible releasing two maxi-singles the same year, The Sisters of Mercy signed a record contract with WEA causing Ben Gunn to leave and Wayne Hussey to join the band, wrote, recorded and released their debut album First And Last And Always and - finally split. 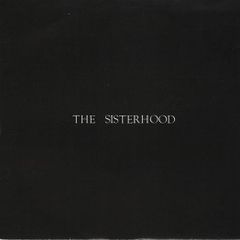 When former Sisters members Adams and Hussey against all mutual agreements set on to establish their new band under the name of The Sisterhood, Andrew Eldritch called some friends and colleagues together, among others Patricia Morrison, to form their own version of The Sisterhood and release an official product, the Giving Ground single, before Adams and Hussey could do, thus securing the Sisterhood name for himself and the record company funds for a further LP. A few months later, The Sisterhood would release the album Gift, before they dissolved. 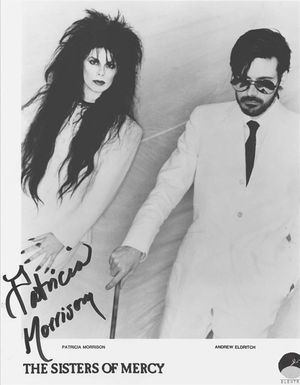 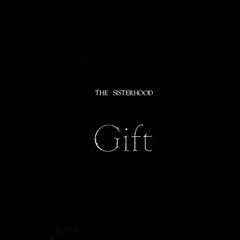 After these events, Andrew Eldritch returned to using the name of The Sisters of Mercy for his upcoming project, the Floodland album and Patricia Morrision became part of the band. During the time of her involvement with The Sisters of Mercy, the band first released the This Corrosion single in September 1987, which had already been in preparation during Sisterhood recordings but was then spared for The Sisters second studio album Floodland (Nov 1987). February 1988 saw the release of the Dominion single and June 1988 the Lucretia, My Reflection single.


Anyway, as Andrew Eldritch never intended to tour with this album and the music industry had welcomed videos as their favourite promotion tool of choice, according music videos were produced for each of the singles' title tracks and released in 1988 as a compilation titled Shot including a fourth video featuring the song 1959. The leading actors in these videos were, of course, Andrew Eldritch and Patricia Morrison in various settings. Uncounted interviews with all sorts of media were conducted and Patricia Morrison, besides Andrew Eldritch, became the face of The Sisters of Mercy of the time. Also she, together with Siouxsie Sioux of The Banshees and others, became one of the style icons that impressed whole generations of, say goth youngsters worldwide up until today. Superfluous to say, that the Floodland album and the surrounding singles sold better that any other record by The Sisters of Mercy before.


For the next album Vision Thing, however, Andrew Eldritch had envisaged a different style and Patricia Morrison did not seem the perfect match as a bass player for this purpose and, more than that, the entire setup and appearance of the band got adjusted to the new songs and the band's musically revised direction. Patricia Morrison left The Sisters of Mercy towards the end of 1989. Meanwhile, rumour spread that she had not played a single note on any of the records, while Andrew Eldritch was reported saying that "the only time she picked up a guitar was to film the videos", (which just cannot be quite true). Anyway, some discussions on Patricia Morrison and her whereabouts following such and other allusions can be found here on the Heartland Forums, or here as to her (and other peoples') contributions to the Floodland album.


After her departure from The Sisters of Mercy, Patricia Morrison went on making music and released a solo-CD titled Reflect On This in 1994. In this context, she also stated in an interview when asked about the circumstances of her leaving The Sisters of Mercy, that the parties had contractually committed to keep silent about these issues.


In 1996, Patricia became the long-term bassist of UK punk and goth rockers The Damned.