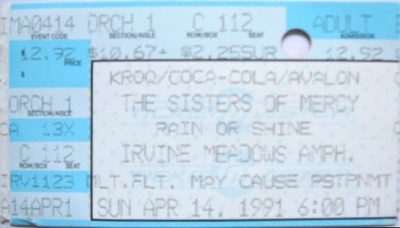 The second of two L.A. shows during this tour. The tickets for the first one at Universal Amphitheater had sold out so quickly that this one was added in a fast decision. Too late though to put the date on tour programmes, t-shirts, etc.


Free cassette singles with a Detonation Boulevard remix were handed out at the gates. The remix version on these cassettes is identical with the single version which was used later for The Sisters' Greatest Hits Compliation A Slight Case Of Overbombing.

An audio recording from this gig is in circulation among the fanbase. 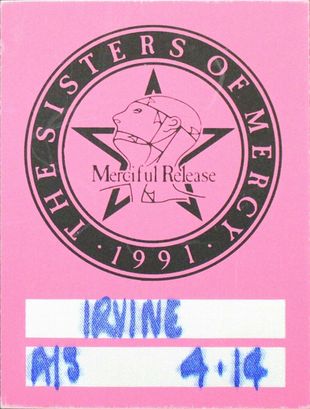