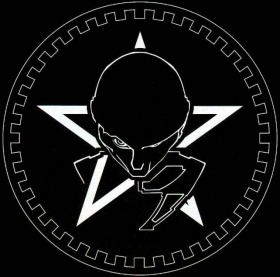 The latest version of the "Head and Star" logo

The Sisters of Mercy are a rock band that came out of the British post punk scene in 1980-1981.

The band cited Leonard Cohen, The Stooges, Suicide and Motörhead as among their influences. The group has made three original studio albums, of which the last was released in 1990. In 1992 followed, however, a compilation album featuring the early singles, and in 1993 their Greatest Hits Vol. 1 album was launched, which included their last track ever released under an official record company contract Under The Gun.

Since then, the band is kept alive as a touring outfit. The only original member to survive the band's lineup changes is singer and songwriter Andrew Eldritch (even Doktor Avalanche, the drum-machine, is not an original member). All of the other original members had left the group by 1985, the same year as their first studio album, First And Last And Always, was released. At the time of the second Sisters album, the majestic Floodland (1987), The Sisters were essentially a studio-bound outfit, although by the time of Vision Thing (1990) Eldritch had again formed a fully-working band to take the album on the road. That incarnation was relatively short-lived. However, the band have been touring regularly with stable long-time varieties of personnel ever since and currently, i.e. since 2019, includes Dylan Smith and Ben Christo on guitars as well as Ravey Davey on nurse duties to The Doktor, and of course Andrew Eldritch. Another album release? One never knows; at least quite a lot of new songs are being played at the gigs ...;-)) ...


The Sisters of Mercy are one of the most popular and influential bands among the gothic rock scene, although since the late 1980s Eldritch disassociated both himself and the band from that scene. 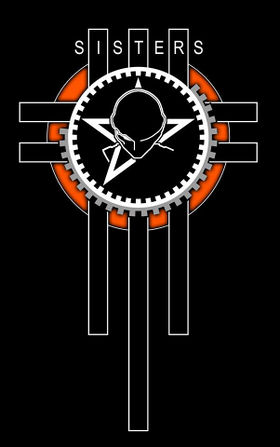 
On January 21st, 2014, The Sisters of Mercy tweet-notified the world of their gig at Sonisphere Festival 2014 at Knebworth Park. What follwed was a tour of 17 gigs to Germany, Austria, Eastern Europe, Benelux in May, and to England, Scotland and Ireland in July, ending in a festival performance at Zottegem, Belgium.


In 2015, The Sisters of Mercy played a festival gig on August 1st at Suikerrock Festival, Tienen, Belgium and went on a short, but brilliant tour scheduled for Scotland, England, Belgium, Germany and Greece in October (and December) 2015. The year 2016 was marked by the Europe Spring Tour in March, some Summer gigs in August and Septempber, and another short tour of the UK and Beligium in November, which ended in a Near Meth Experience performance at the fundraising event for former Doktor's nurse Si Denbigh.


2017 saw The Sisters of Mercy travel all over Europe again, including Switzerland, Britain, Belgium, Germany, Poland, Austria, Luxembourg and three highly appreciated concerts in Sweden. A gig @Barby Club, Tel Aviv marked the end of that tour. 2018 passed without any Sisters' gig.


The European Summer Festival Tour in 2019 welcomed The Sisters' new guitarist Dylan Smith. These festival appearances were followed by two gigs in Greece and a surprise concert of Near Meth Experience in Antwerp on September 16th in preparation for the worldwide National Treasure Tour in 2019. Towards the end of this, quite a few tour dates were announced for 2020 already, but the worldwide spread of the coronavirus prematurely ended The Sisters touring acitivties after a row of only four gigs in the UK. For details about postponed, rescheduled and cancelled gigs and the three concerts in London in September 2021 celebrating The Sisters 40th Stage Anniversary please check our Current Events page and/or The Sisters of Mercy's Official Live News Page. 2022 eventually was a good year for concerts again, and for summer festivals, too! And 2023 has something to offer as well...

NOTE: The SistersWiki is not on facebook, Twitter or any other social media forums. Insofar, references to external pages on any such forums are only made,
if these are available to the general public. This is in no way an evaluation or quality assessment of any such page, but based on the logical conclusion that
we cannot trustfully link to what we ourselves cannot see!