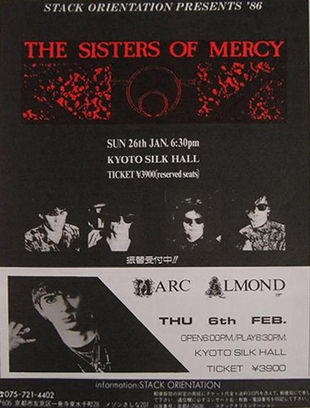 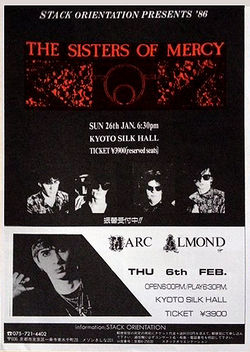 The first gig ever to be (or rather not) for The Sisters of Mercy in Japan...

Unfortunately, the concert had to be cancelled


as the promoter was billing the band in their 1985 line-up!

This gig was contracted before The Split happened.

Craig Adams and Wayne Hussey had left the band


had announced their debut concert for 20 January 1986.


Anyway, The Sisters of Mercy did come to Japan for their