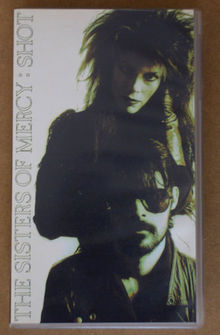 
and also formed part of The Sisters of Mercy's second album Floodland.


The lyrics to the song can be found here.


The video was taken for the accompanying video compilation SHOT.

Some promo versions of this video were distributed in 1987 already, see here and here @discogs.

Watch the video now here... or down below.
Here's also the link to a live shot from This Corrosion in Top of the Pops in 1987, featuring Patricia Morrison on bass ...
and - as a further bonus - a more recent live version from The Sisters' show in Jaffa, Tel Aviv, Israel in 2009.

A choice selection of stills and more