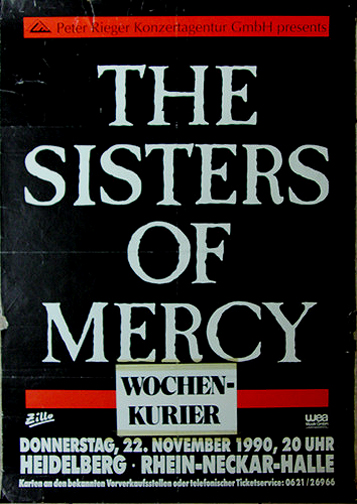 Part of The Sisters' Tour Thing 1 in 1990, promoting the release of Vision Thing.

There are several Live Bootlegs featuring this concert on CD:


Black Visions, The Ohm and Visions Of Death, all of which are incomplete ...


In addition, an (also incomplete) recording from this gig was used as CD 1 for the 2CD-bootleg Black Album.