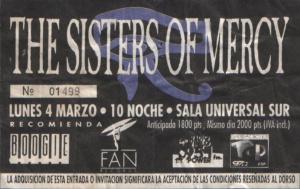 Part of the European leg of The Sisters' Tour Thing II in 1991.


to play in Spain ... and with time, many would follow.

As far as we know, the show was not recorded. At least we have found a picture


of the according ticket and a great photo of the band on stage... another photo


from this concert can be viewed here at the Ultimatesistersresourceguide .... 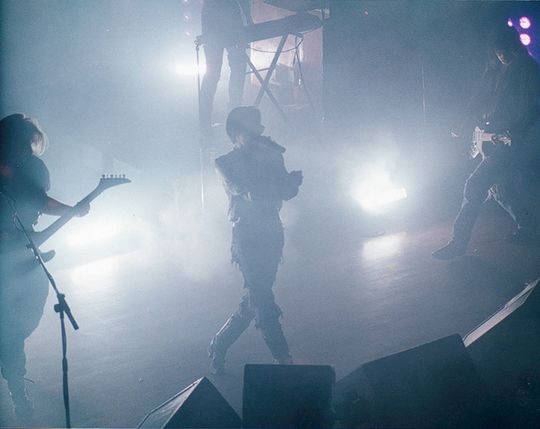 The Sisters of Mercy on stage @Universal Sur in Madrid