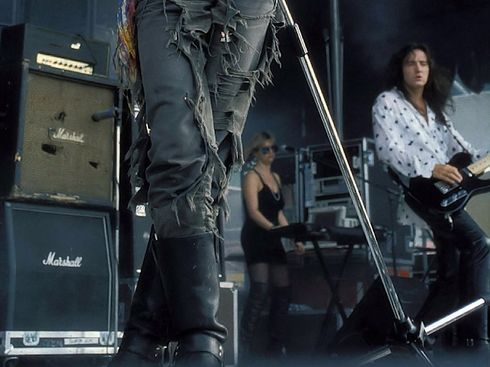 Suzanne Josefowicz on stage with The Sisters of Mercy at Kapfenberg Festival 1991.
She did not contribute to any release, but can be heard on the bootleg recordings of her time.

She accompanied the band during the following tours:

After these tours she left The Sisters of Mercy.

As a guest musician, Suzanna Josefowicz has also contributed


keyboards and background vocals to the Boaphenia album


by Phillip Boa And The Voodoo Club,