Thanks to the unrelenting and fruitful research of the people at the wonderful I Was A Teenage Sisters Of Mercy Fan Blog,


it was recently confirmed that The Sisters of Mercy played a gig here during their first short tour of the US. 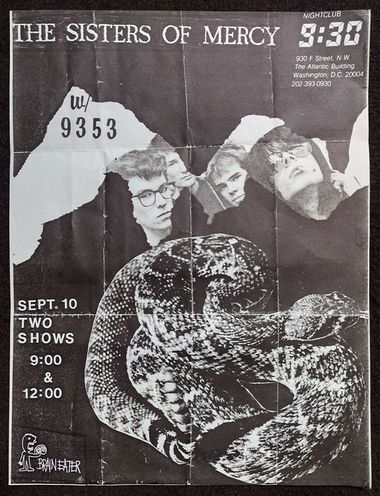 Braineater Announcement for the day

We recommend, you read everything about the venue, the gig, some reviews and a lot more


There you will also find lots of pictures unavailable to us.

According to the Braineater announcement here on the right side,


there were two shows planned for this day. It is not known, however,


Recordings, photos or other evidence are not available.

- unknown, most likely similar to this one from the same tour -