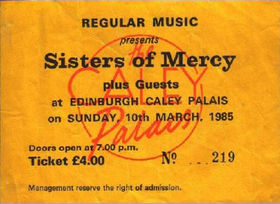 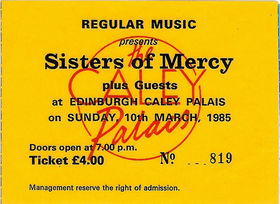 The second gig in Scotland during The Sisters of Mercy's

The ticket picture on the right is taken from The Edinburgh Gig Archive.


Scroll down there to 1985 and see a photo of Gary, Andrew and


- far right in the corner - Wayne during The Sisters performance ...


Our thanks for the second ticket picture go to Heartland Forum member brunobossier.


Special thanks also to the kind contributor of the concert flyer picture below. Please click into all these picture files for larger views.

At least one audience recording from this concert does exist and is in circulation among the fanbase. 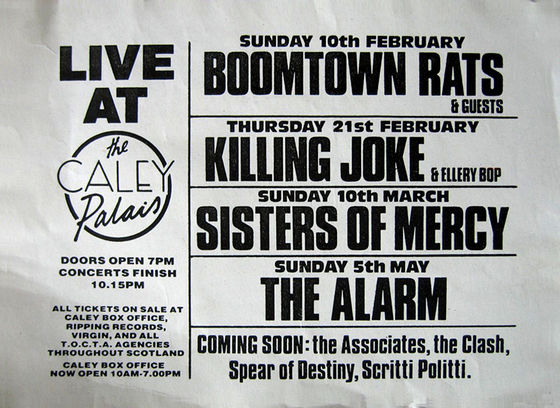