The Sisters of Mercy headlined the annual M'era Luna Festival in Lower Saxony,

Several audience recordings from this concert do exist on bootleg CDs,


These and possibly further recordings are in circulation among the fanbase...

For a few reviews and stuff, please check the according thread at the Heartland Forums Archives. 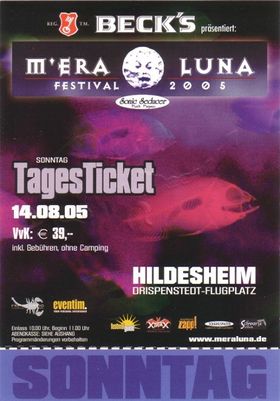