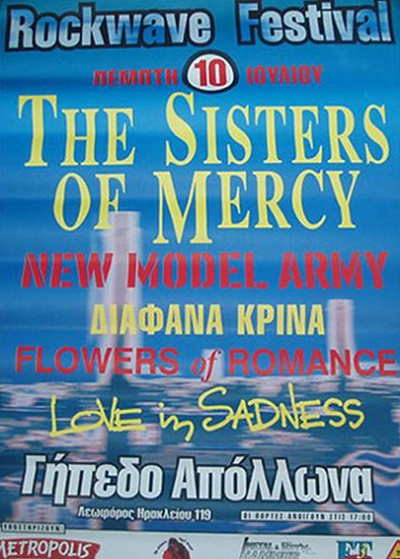 Part of The Sisters of Mercy's Distance Over Time Tour in 1997,


and on Day Three Megadeath.

According to SistersTours, this gig was announced


after all other gigs (apart from Philadelphia) had already been confirmed.


The initially scheduled venue had been Gazi Festival (Athens), which got cancelled.


The Sisters' gig was however confirmed to take place at Rockwave Festival, instead. 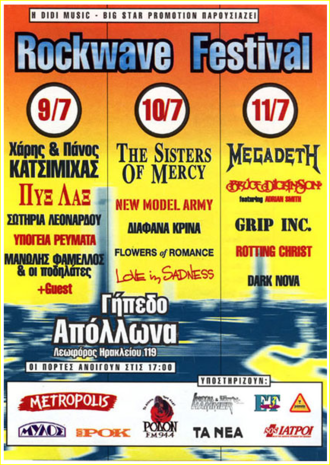