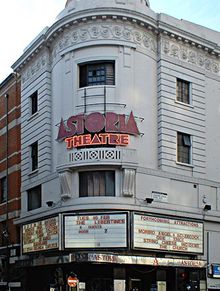 The Sisters of Mercy live at London Astoria, 22nd February 2001
- full-show video with many thanks to sisterstekland -

Part of The Sisters' Exxile On Euphoria Tour in 2001.


For reviews and everything see

A video bootleg from this and the following evening


at the Astoria does exist, see Astoria Theatre 2001.

A mere audio recording has not surfaced so far.

The Astoria Theatre got demolished since, btw.


A history of the venue can be found @wikipedia. 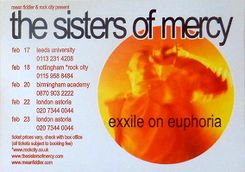 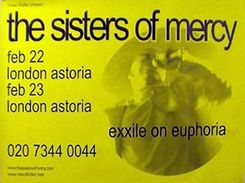 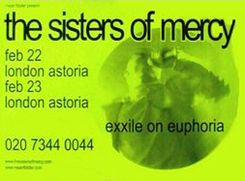