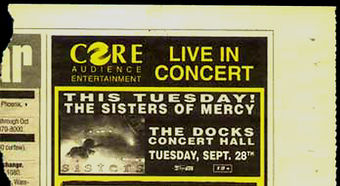 Newspaper Announcement of the gig

Part of the Sisters To The Planet Edge Tour of the US, Canada and Mexico in 1999.

Reviews and more about this concert are available at SistersTours/1999/09/28.

This concert was recorded and circulated among the fanbase in various 2-CD bootleg formats,


one of which is titled Below Zero. 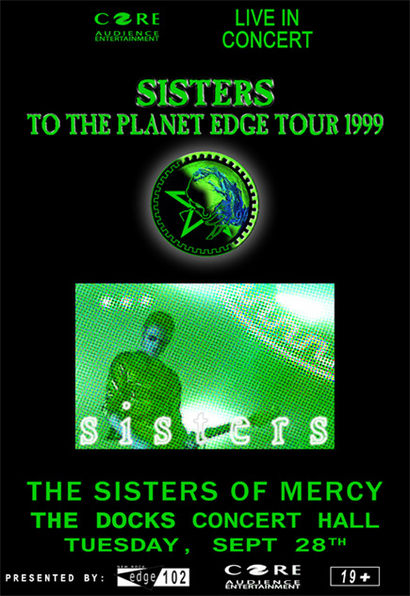 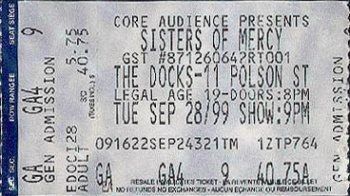 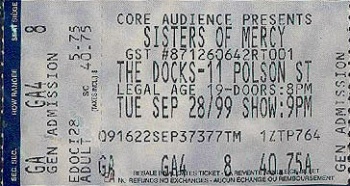