Part of The Sisters' Smoke And Mirrors Tour in 2003.

This concert was recorded from the audience, but is rather hard to find,


likely because of extremely loud crowd yelling throughout the gig.


Otherwise a great and dynamic concert with a strong setlist and performance.


Some cover art titled "Guten Abend, Leipzig" was made. 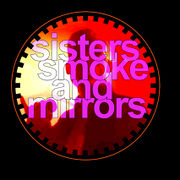