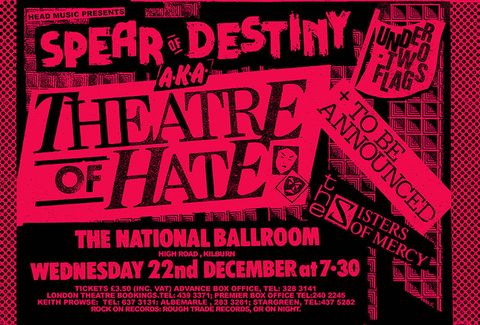 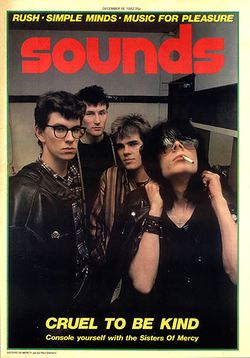 Other acts on that day included Spear of Destiny aka Theatre of Hate, obviously the headliners, Under Two Flags and - at the time of issue of the flyer and the according newspaper advertisement yet to be announced: The Cocteau Twins.

Back in the 1980s, The National Ballroom was also known as simply The National or the Kilburn National. Unfortunately, the location has meanwhile long closed down.

Evidence for the existence of this concert was found only recently, so nothing is known about The Sisters of Mercy's performance on that day, apart from the fact that this event was also announced in SOUNDS' issue of December 4th, 1982.


A lovely picture of the latter announcement can - thanks to spiggymr7 - be found in this post @The Heartland Forums ...

- unknown, the concert was not recorded -