The Official 2019 Festival Logo with "Sold Out" marks 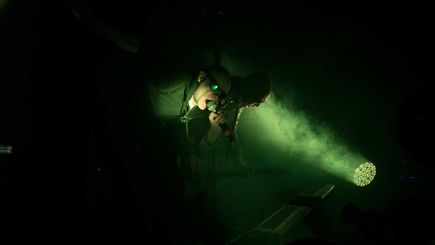 The Sisters of Mercy - Promo Photo for the current Tour

Part of The Sisters' Summer Festival Tour in 2019


The main festival was sold out long before The Sisters of Mercy had announced their gig.
No wonder, maybe, since this was the 30th Wacken Open Air Festival in Schleswig-Holstein.

The Sisters' performance was scheduled for the festival warm-ups before the main
programme, when the festival grounds were opened to visitors. It took place between
10:45 - 11:45 pm on the W:E:T Stage. Other acts on this day and stage were:
Burning Witches, AXXIS, UFO and The Sweet. 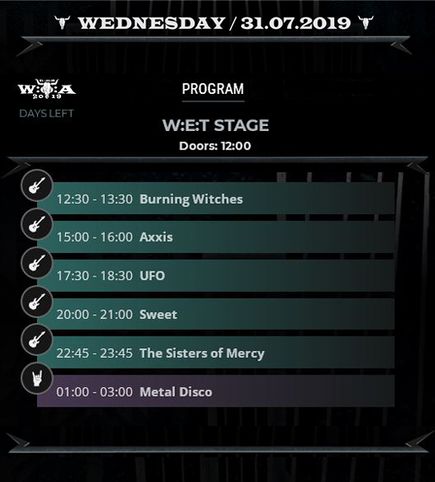 Some short video snippets of three songs can be found in this YT channel.


For further information, reviews, links to photos and more from the gig,
please check this thread @The Heartland Forums.

As known so far. This might not be the complete nor the correct order of songs.

●  We Are The Same, Susanne