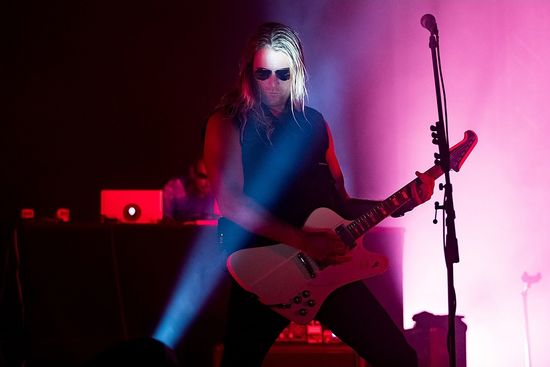 Dylan Smith is an Australian instrumentalist and composer,
who first joined The Sisters of Mercy on guitars and backing vocals
in 2019 for the Summer Festivals and National Treasure tour.
He replaced Chris Catalyst who was not available for this tour.

Dylan played his first gig with The Sisters on
22 June 2019 @HELLFEST Festival, France.

Before joining The Sisters, Dylan had primarily been known as
the main force behind the band i nation, writing, performing
and producing all the bands music.

An EP - 'Splendid Isolate' and an album 'Sounds From The Sea
were released in 2005 and 2008 respectively.

Ben Christo joined i nation for some live gigs in 2010 and 2011.
He can be seen alongside Dylan in the below video from 5.12.2010
when they supported The Young Gods at the O2 Academy in London. 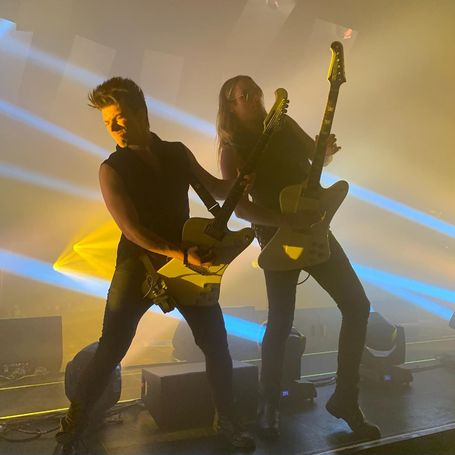 Ben and Dylan on stage @Ancienne Belgique, Brussels, Belgium on 24 September 2019 during the National Treasure Tour.     * Thanks to Karen Reyniers "justk" for this photo

The first photo of Dylan together with Ben is here on Ben's instagram page.


The photo to the right shows Ben and Dylan with their now trademark Gibson
Firebird Guitars!