When You Don't See Me (single) 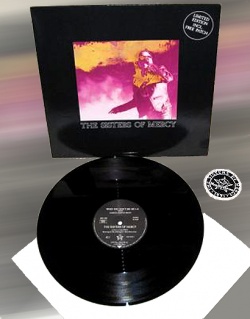 When You Don't See Me
- Limited edition 12" (overview)

An official release produced in Germany and available here on import. The single actually charted briefly in the U.K.
on import sales alone. It is well worth acquiring, not only for the re-mixed title track but also for two live b-sides
recorded in Hamburg last year. The version of "Ribbons" perfectly captures the intensity of the song in the context
of The Sisters' live set, while "Something Fast" features a fine guitar solo from Andreas within an arrangement which
perfectly complements the album version. The sleeve is in classic Merciful Release style and features a Martin Strickland
photograph of Andrew taken at Wembley Arena in 1990 ... 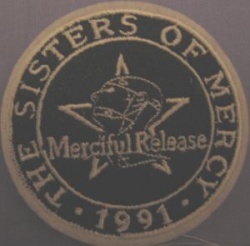