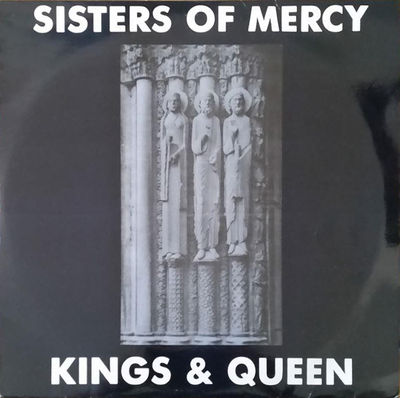 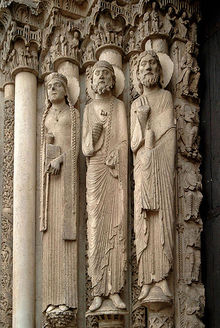 
The first record includes the four songs performed at the Kid Jensen Show,
though not in the order of their recording. These songs were first broadcast
on 10 March 1983 and repeated on 11 April. The other songs on this record
were taken from the first official singles .

The second record features selected live tracks from two Sisters concerts
in Bremen - one in November 1984 and the other one in May 1985, plus the
two main songs from the first official single The Damage Done as openers.

The figures are considered to be (from left to right) Queen of Sheba, King David and King Solomon
- three characters of the Old Testament; two kings and one queen.

The content of the second record is identical to the bootleg I Can't Await To Meet My Deadly Friends.

They appear in reversed order on the records, but not in the cover tracklists. 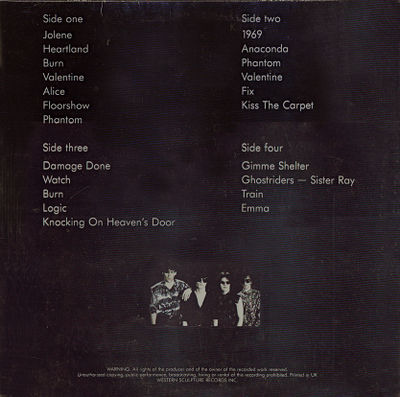 NOTE: The colour of these blue labels does not come right in neither of the pictures. In fact, it is a quite dark turquoise-blue / greenish blue colour.