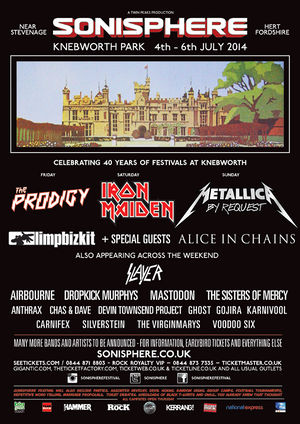 July's concerts of The Sisters' Ever Forward Tour in 2014 started with:


they made their first festival performance in 20 years. Three years later they’re back.


that we’re coming back, to celebrate 40 years of gigs at Knebworth. Christ, that’s even older than us.


We’re looking forward to seeing you all (even though you might not see us).”

First reviews from this festival gig can be found in the according thread @Heartland Forums...


performing, however, on another stage. 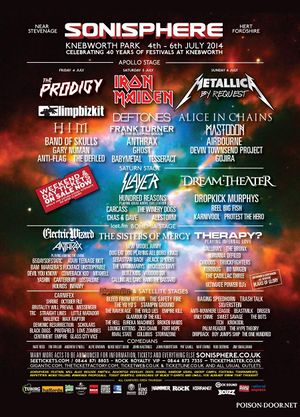