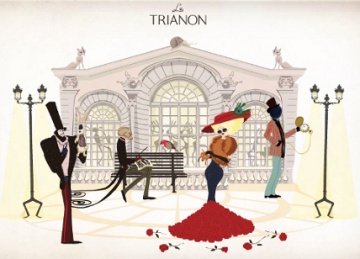 The final gig of Part I of The Sisters of Mercy's

This time, a DJ entertained the audience before The Sisters got on stage.


At the end of the show a load of beach-volley balls were thrown into the crowd ...

For reviews and everything look from about


here at the Heartland Forum.

Remark: Audience recordings from this concert are in circulation among the fanbase.


And so are various bootlegs, partly based on MP3s from original HQ audience recordings. 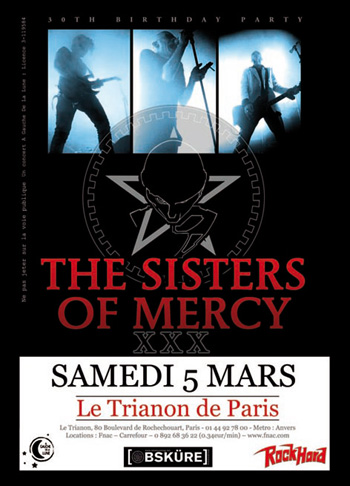 Le Trianon had a pretty, animated, interactive website at the time, but it no longer has. Their 360° view of the venue is still available, though (needs flashplayer).