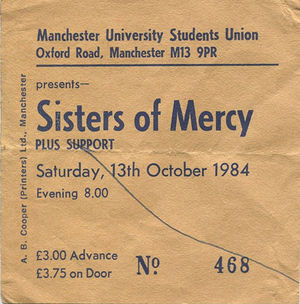 Ticket stub    * thanks for the picture to brunobossier


Other acts included the Skeletal Family.


An audience recording from this gig, including soundcheck, is also in circulation among the fanbase. 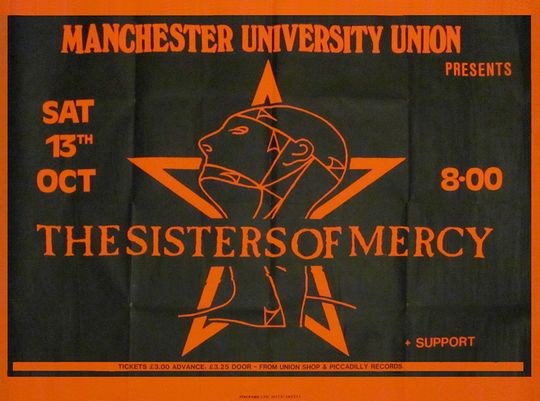