A three-day festival and the only European gig during that year,


before The Sisters of Mercy went to their Sisters To The Planet Edge Tour ...


As a matter of fact, The Sisters gig started early in the morning at 0:30 am


one of the few concerts with three encores.

An audience recording of this concert is in circulation among the fanbase. 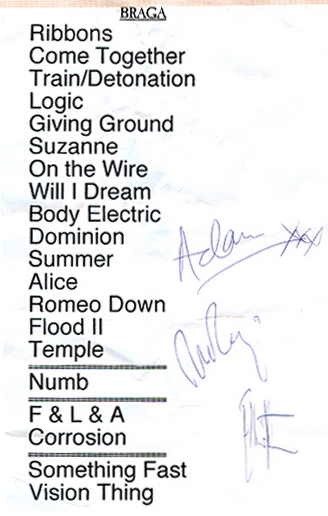 Signed setlist from the gig