The second of four Summer Festivals in 2001.


The Sisters headlined the Jubileum Night before the main festival started. The Hellacopters played before them.


Other acts during that festival included And One, Gary Numan, PJ Harvey, Placebo and many more.


For a full setlist see this entry in Swedish wikipedia...

An audience recording from The Sisters' show does exist and is in circulation among the fanbase. 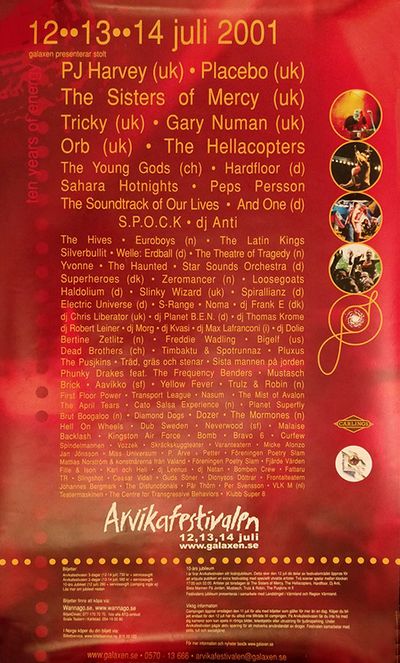