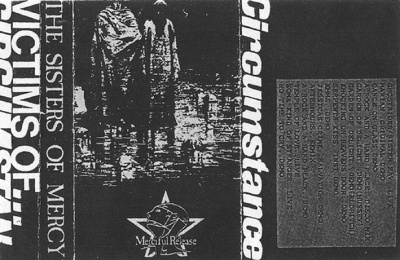 Typical Victims Of Circumstance cassette with Body And Soul artwork

from The Sisters of Mercy's sessions at Strawberry Studios, Stockport in 1984

Remarks
This cassette exists in many varieties with mostly some more tracks for example
from the Peel Sessions or some additional live tracks and so on ...
However, all of the songs listed below are included and mostly in exactly this order. 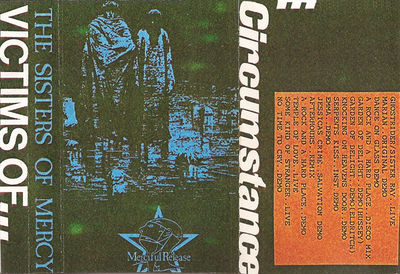 Typical Victims Of Circumstance cassette with Body And Soul artwork

"... infamous 'Victims of Circumstance' tape. The history of this tape is now part


from inside WEA who wanted a compilation of cover versions played by the band ..."

In addition, this thread on Heartland Forum is also quite an interesting read


regards this cassette, its sources, and its varieties ...