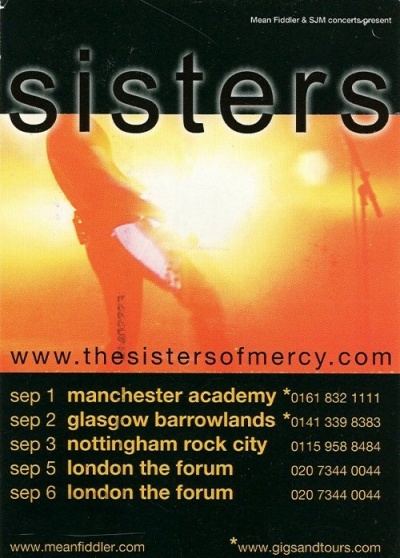 Flyer for UK leg of the


and the second of two sequent London shows during that tour.


Audience recordings of this show exist and are in circulation among the fanbase.

In addition, at least two double live CD-bootlegs have surfaced,


see Trip The Light and Exile On Euphoria