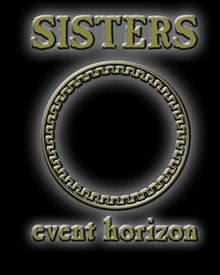 Ticket for the initial venue

The starting gig of The Sisters' Event Horizon Tour in 1998, on the occasion of which,


the band presented the audience with three encores at the end of the concert.


Above all, however, the then new songs We Are The Same, Susanne and Romeo Down


were performed here live for the first time.


(Nürnberg). According tickets were sold and remained valid. The new venue was not listed


As far as we know, this concert was recorded, but is hard to find.

Later advert for German leg of the tour