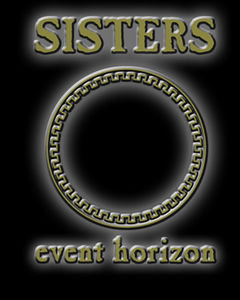 January and February 1998 saw The Sisters of Mercy touring 18 venues from Europe to the US and Canada and back to the UK. The European leg of this tour ended with a free concert at Ancienne Belgique in Brussels, Belgium. From there and after a first check at Dark Harvest Festival in Philadelphia the year before, the band returned to the US for their first tour after 1991, including a double-gig at San Francisco Maritime Hall on February 5th and 6th.


Unfortunately, Andrew caught an ear infection during concerts in Europe, which worsened through the flight, so that the second US-gig at Capitol Ballroom in Washington had to be cancelled.
The entire tour was finalised with two sequent nights at The Forum in London, UK.


However on the good side, three new songs were given their first performance in Erlangen and Munich, respectively:
We Are The Same, Susanne, Romeo Down and Will I Dream?.


Support acts during the European and UK gigs were Think About Mutation (not in Belgium and the UK) and Scoda Blush, while most US and Canada gigs went without a support. 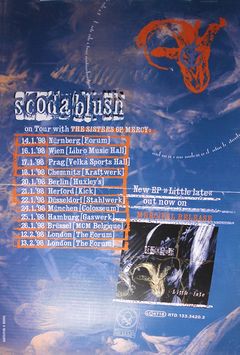 For details on setlists, audience recordings and stuff, please see the links to the according pages for each gig in the Tour Schedule below. For more information about the tour as a whole, and about the various circumstances around individual gigs, we recommend you check the wonderful Sisters Tours/Event Horizon 1998 pages. Some interesting statistical data of this tour are also available at The Sisters of Mercyu Database v0.5 Beta/Event Horizon.


Some further entertaining facts can also be found in the excerpts from The Sisters Event Horizon Tour Book 1998 below.

The cover of the Event Horizon CD-bootleg notes rumours, however, that
originally Ravey Davey had been booked, but couldn't obtain a visa for the American leg of the tour.

Gigs marked *** were recorded and are in circulation among the fanbase.
Some further recordings (+++) are known to exist, but ... 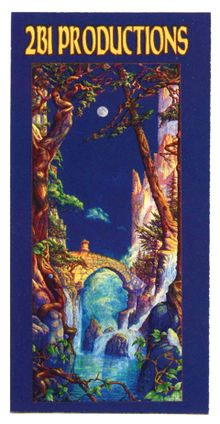 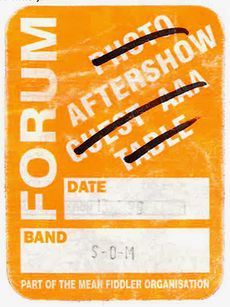 Our thanks for the shirt pictures go to Heartland Forums member ribbons69.