From SistersWiki.org - The Sisters Of Mercy Fan Wiki
Jump to: navigation, search
The Sisters of Mercy - Kiss The Carpet live at London ULU 06/05/83
- still video with many thanks to spiggytapes -


Contrary to the gig poster below on the right and the ticket stub on the left,


"Babaluna" did not play here but were replaced by The Smiths  .

Some 'anecdote' of The Smiths regarding their performance


on this occasion can still be found @waybackmachine ... 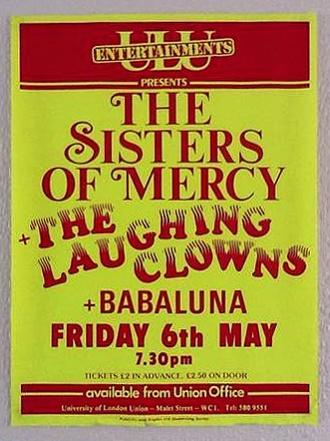 
of this show exist and are partly in circulation among the fanbase. 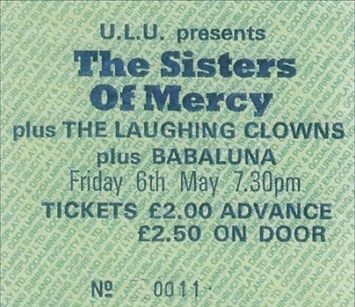