One of the October gigs when The Sisters of Mercy were touring the UK in their early days ...

Other acts included The March Violets and the Pink Peg Slax.


All three of these bands are listed in this John Peel Wiki ...

An audience recording of this concert does exist 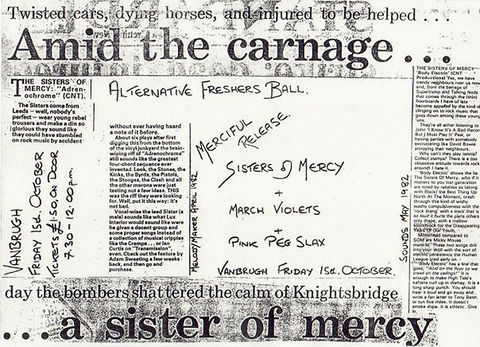 Press Snippets commenting this and other 1982 gigs

An according Live Bootleg of this show does also exist,


though nothing much is known about it so far.