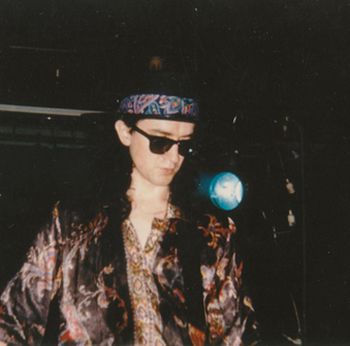 Tin Can Ballroom (In The Fantasy), Birmingham, England

The preparatory gig for The Sisters of Mercy's Spring Tour of 1984 and the first performance of Wayne Hussey with The Sisters. From here, the band would tour the US in April and play all over the UK and Europe from May to June, which would finally lead to the recording of their last BBC Radion One Session with John Peel on 19 June 1984.

A short review of the gig could once be found @The Heartland Forums Photo Gallery, which - sadly - has meanwhile disappeared due to forum software updates. Further circumstances and matters around Wayne's first gig and Ben Gunn's departure are, however, also discussed here.


An audience recording from the concert does exist and is in circulation among the fanbase.