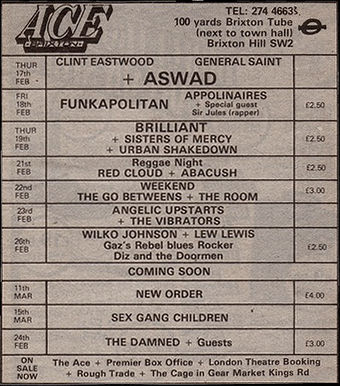 Other acts performing at this event were Brillant and Urban Shakedown, formerly Basement 5.

The second part of this concert including Alice, Valentine, Anaconda, Body Electric, 1969 and Sister Ray
got recorded from the mixing desk. This part is available in very good sound quality on various live bootleg LPs
such as Halloween In Arkham or Carmina Burana.


A complete audience recording of the gig does exist as well and was traded on bootleg cassettes back in the
days, but is hard to find. That recording also offers a very good sound quality but gives a different impression
of the sound as it - naturally - includes the noise from on stage, from around the venue and from the audience.


Pictures of the cassette and vinyl covers are down below

Often such vinyl bootlegs would wrongly name March 17th, 1983 as the source of the featured recording.
Listening to these bootlegs would, however, undoubtedly reveal that their actual origin is in fact the above
mentioned mixing desk take.

A well-known Edritch quote from the gig (before 1969) audible in both recordings is : 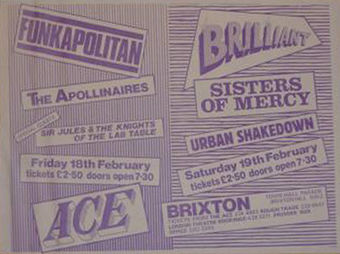 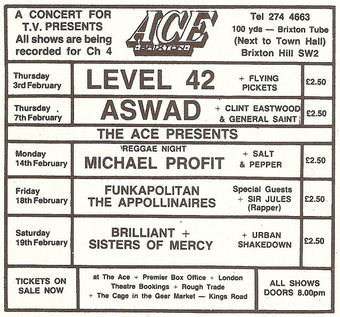 
"All shows are being recorded for CH4".


That would have been wonderful, but to-day no such video recording has ever surfaced, nor is


any information available about such footage. Thanks for the lovely picture (and the info), though,


to HL Forum member Dan. Also special thanks to the contributor of the announcement poster


or flyer on the left. A still video with a Sister Ray mix can be found here.