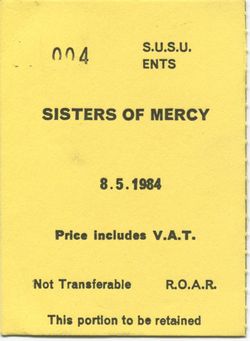 Part of The Sisters of Mercy's Spring Tour in 1984 promoting the release of their Body And Soul single on June 4th, 1984


Walk Away was also released as a single later that year in October 1984. 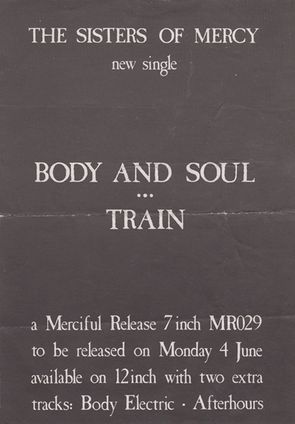 Our thanks for the pictures go to Heartland Forum members spiggymr7 and brunobossier.