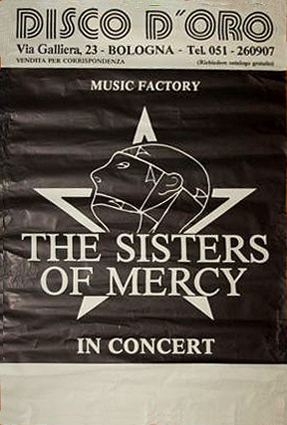 The poster on the right with the header of Disco D'Oro is quite irritating, since it refers only to the promotors of this gig
and to where to obtain the tickets. It was very hard to find one where the actual location of the event named "Puntacapo"
is shown. Before we found the picture below, the name of the location had been unconfirmed.

Meanwhile, further information about this concert and especially the location of the gig has been compiled by the


I Was A Teenage Sisters of Mercy Fan blog for a lovely read under Armageddon In Italia - Part I.

Two audience recordings from this concert are known exist, one of which is in circulation among the fanbase...


and almost as a matter of consequence from the latter fact, some Greek - and definitely not German!!! -


Live In Bologna 1985 CD variations and, in addition, some Greek bootleg singles have surfaced recently,


featuring the tracks Body Electric and Floorshow from this show.

An excerpt from an audience recording in a still video featuring Emma got uploaded here... 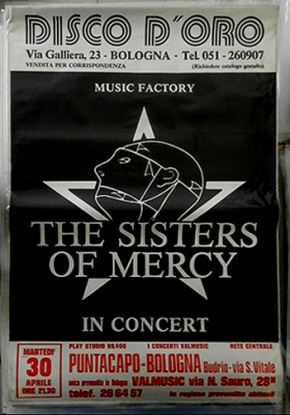 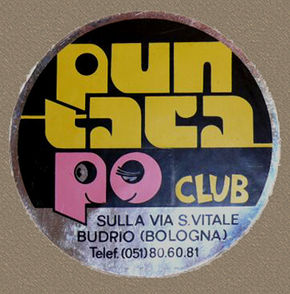