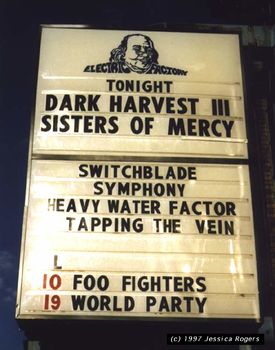 Part of The Sisters of Mercy's Distance Over Time Tour in 1997
and the only concert in the US during that tour.


The original support acts Sunshine Blind and a band named
The New Creatures were dropped a few days before the gig.

This concert was recorded and is in circulation among the fanbase.
Most likely, this or another audience recording formed the basis for
the CD-bootleg from this concert titled Live At The Electric Factory.


An audience video from the show is at the bottom of this page. 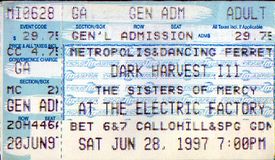 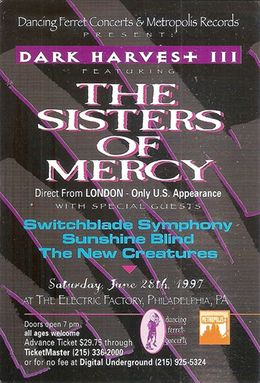 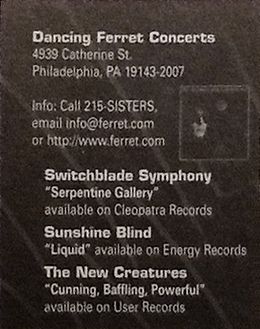 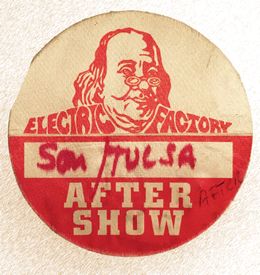 NOTE: Confide In Me was also on the setlist, but not played.