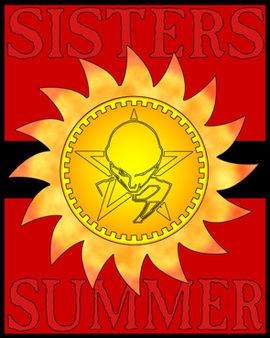 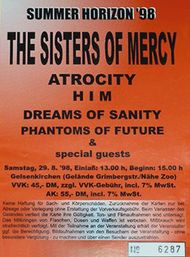 The last gig of the Summer Festival Tour in 1998, headlined by The Sisters of Mercy.


Other acts on this day included Atrocity and HIM.

For various reviews and more see Sisters Tours/Gelsenkirchen 1998, where one can also find this
quote from UTR14:


"Apparently, people attending the gig were treated to the legendary Andrew Eldritch composition
New World Order described by the man himself as 'a saxophone solo which takes ten minutes
to convey one mixed emotion, and not sequentially either. It's one of the best things I've ever written'" .

According to Sisters Tours, New World Order was played before the gig, while after the show a rough demo of War on Drugs came out of the speakers...


An audience recording from this concert is in circulation among the fanbase. 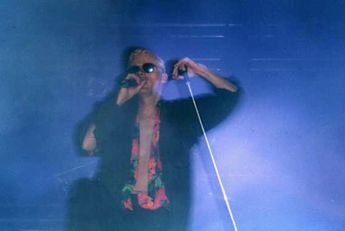 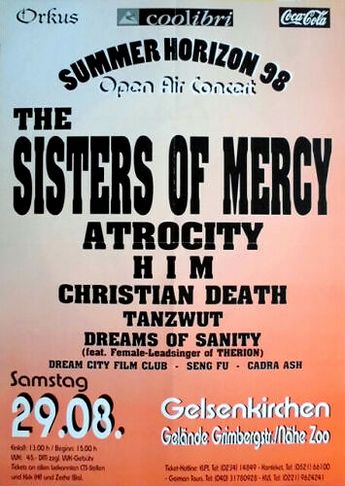