Flyer for the GoBang Festival series 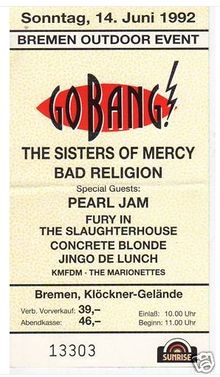 
Headliners: The Sisters of Mercy


Fury in the Slaughterhouse, Concrete Blonde,


Jingo de Lunch and The Marionettes.

An audience recording from The Sisters' show


including a pre-show radio interview of Radio Bremen 4


with Andrew Eldritch does exist and is in circulation

The Sisters of Mercy live at Klöckner Gelände on June 14, 1992 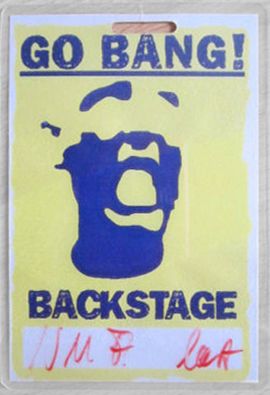