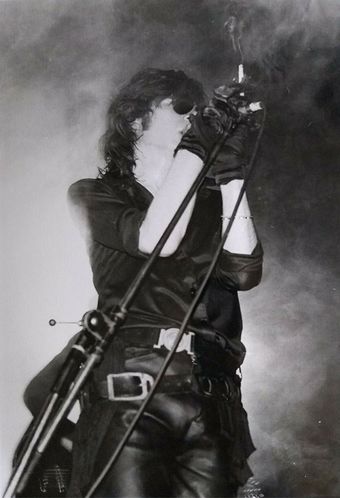 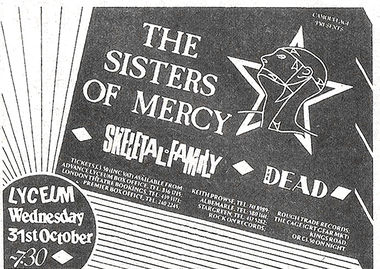 Newspaper ad for the gig


Other acts at this event included
the Skeletal Family and Dead.

This concert was recorded and is
in circulation among the fanbase.


Beyond that, some Live Bootlegs were
made of recordings from this concert,
see for example Halloween's Day
and LYCEUM 31/10/84. 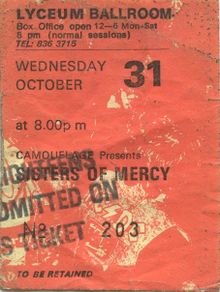 Ticket stub - thanks to brunobossier 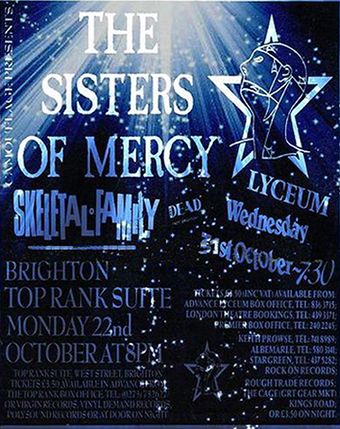 Announcement for this one and a former gig 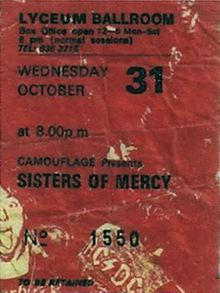 - All concert photos with many thanks originally by Barry Plummer - Contact here     - Please click into the images for larger views. -