Another gig at Nottingham's Rock City during The Sisters Exxile On Euphoria Tour in 2001...


This was actually a concert rescheduled from The Sisters Trip The Light Fantastic Tour in 2000 on 30 August 2000.


The original gig had to be cancelled when Rock City encountered some water damage at their venue.


An audience recording from this concert, meaningfully titled After The Flood, is in circulation among the fanbase. 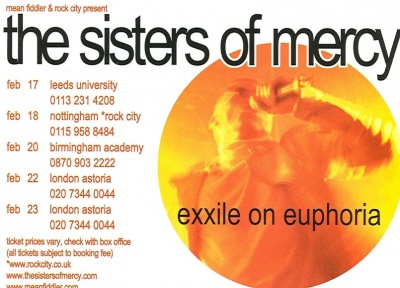