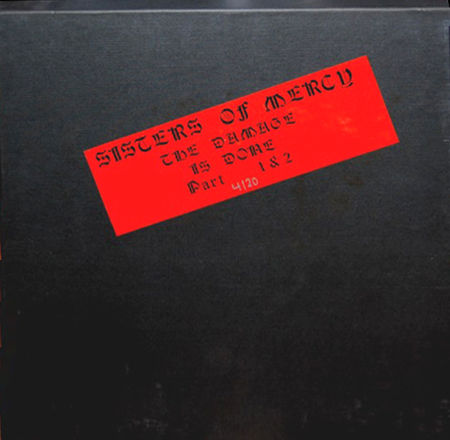 The Damage Is Done - Box (front)

A very rare box-set with live tracks from one of The Sisters earliest gigs on 4 May 1981;


part of the concert at Odeon, Münster, Germany, 1983 from the Trans-Europe Excess Tour


as well as two early demos from the band's first promo tape, and the unlisted track Home Of The Hit-Men from The Sisters' very first single The Damage Done.

all of which are hand-numbered as well, and a discography-book 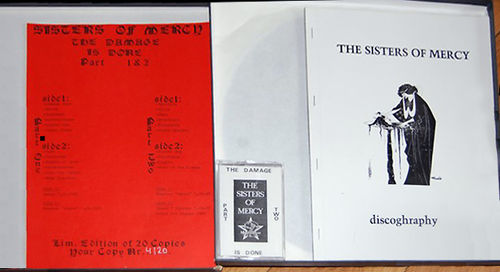 The Damage Is Done - Box-Set with insert sheet, cassette and discography

This recording does not give the full concert and is continued on the accompanying cassette, which might be the reason why this bootleg is titled "The Damage Is Done Part 1 & 2".