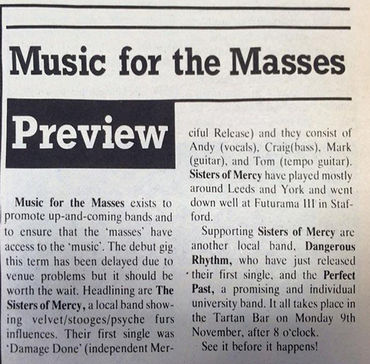 Press cutting from 1981 with preview for the gig

Thanks to the lovely people at the Heartland Forums who gave us the hint, we've become aware that Chris Catalyst presented us on his Twitter account with the lovely press cutting from 1981 you see on the left, courtesy of Paul Cave@cavievoltaire on Twitter.

According to this preview, The Sisters of Mercy employed a guy named Tom on "tempo-guitar" at the time. Most likely it was Tom Ashton of The March Violets, whereas the somewhat funny term "tempo-guitar" would refer to temporary guitarist, as The Sisters of Mercy had lost Dave Humphrey in September 1981 and not yet found Ben Gunn to fill the position on second guitar.


Please click into the picture for a full-size view of this cutting or check either of the above linked Twitter accounts. 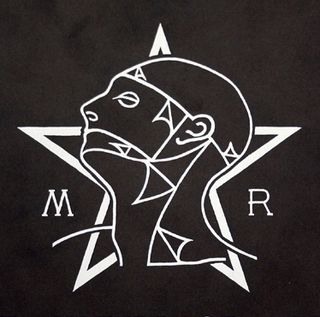 The first band logo as of the first single

This concert was not recorded, so the setlist remains unknown up to-date but could have been something like listed below.

Any further information is very welcome.